the efficiency of your team can increase dramatically !'

I'd like to share with you a tool that I've discovered few months ago and that helped me to improve dramatically my team efficiency.

The name of this tool is "The behaviour" scale. The guy that presented it to me is Nicolas Schifarth

It's a simple A4 document that represent the 9 levels of reaction when someone faces a problem to solve. 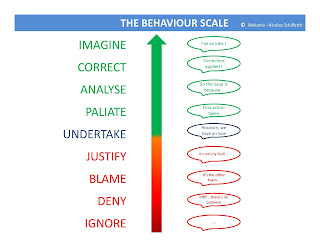 The nine steps are :

What do you think about it ?

Next time you face an issue, or interact with soemone, just try to think about where you are from 1 to 9...

In my case it helps me A LOT.

(If you work with French people, here're the version in French-English and in French) 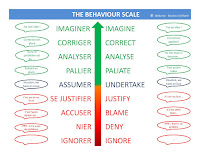 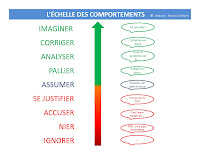